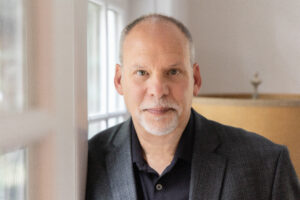 Thank you so much for taking time for this interview! Before we dig in, our readers would love to “get to know you” better. Can you share with us the backstory about what brought you to your specific career path? And what does it feel like when you win an Emmy?

I’ve been fortunate to intertwine three distinct career paths to formulate and launch Weinberger Media. First my law-enforcement career.an investigative journalist which had very similar roots as detective work and lastly, TV development and production which began with my first appearance on the long running show “Cops”. Once I learned how much interest the audience had in crime content, I knew that I was the perfect person to begin bringing Crime & Investigations to global audience. I’ve been fortunate enough to win three Emmys in my career so far. I must say, while I’m so proud of the work that generated those nominations and wins I’m most honored to be amongst some of the best journalists in the world who were recognize with that same honor.

Congratulations on celebrating the “25th season” of “On The Case”, tell us more about that project and what it means to you?

On the Case with Paula Zahn is a show I created in 2009 which became the first original program on the Investigation Discovery network. I think it’s true crime storytelling and it’s best with one of the most respected journalists on television today. The news magazine show focuses on a single story per hour and takes viewers on the inside of murder investigation with interviews with the most pivotal voices within that case, family investigators and prosecution. Our show runner and executive producer Larry Israel puts the best, We always keep the family of the victim at the center of our storytelling, while walking the audience through the twist and turns of a complex murder investigation.

Are you working on any other exciting new projects?

In October 2020, Weinberger Media along with Audiochuck launched “Anatomy of Murder” Podcast . Scott Weinberger and Anna Sigga Nicolazzi created and host the true crime show which debuted at #1 worldwide on Apple Podcasts. Within its first 16 months, Anatomy of Murder would pass the 50 million download milestone making it one of the most downloaded crime podcasts worldwide. In 2022, Anatomy of Murder won a prestigious Webby Award for best single episode in the Crime and Justice category. 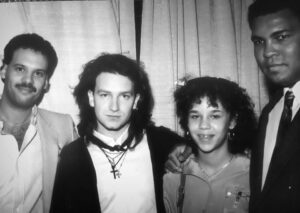 From your experience, what are a few ideas that we can use to effectively offer support to others who want to work in the entertainment/film industry?

The best advice I could possibly give is to be authentic, putting your own experience towards an idea or concept and owning it. 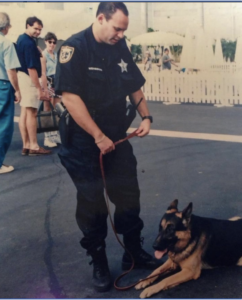 Can you please give us your favorite ”Life Lesson Quote”? Can you share how that was relevant to you in your life?

“If plan A doesn’t work, the alphabet has 25 more letters”- having a backup plan always provides an extra level of confidence whether it’s we shooting a scene a certain way because the first one didn’t work out and it was already planned or going to execute an arrest warrant and having all the bases covered… being prepared.

You have been blessed with an illustrious career. Have you thought about writing a book to document it and share with others?