Featured at the celebration show will be comedians Don Barnhart, Guy Fessenden, Noelle Raiman, Ron Coleman and comedy magician Chad Chesmark, along with special guests and surprises. For more information and ticket purchase tickets, visit  Delirious Comedy Club. To thank fans of the show, Delirious Comedy Club is offering local Las Vegas residents 50% off admission with the code “LOCAL” when checking out online or at the box office.

Don Barnhart is the resident headliner and producer of Delirious, Jokesters, House of Magic and his new viral production, Dry Bar Comedy Special. Since 1992, Mr. Barnhart has been producing and performing comedy shows to entertain U.S. Troops overseas. “Laughter is an important part of our mental health and vital to keeping our spirits high in tough times,” said Barnhart.

Delirious Comedy Club shows run Thursdays through Sundays with showtimes at 8 p.m. and 10 p.m. including House of Magic shows at 6 p.m. 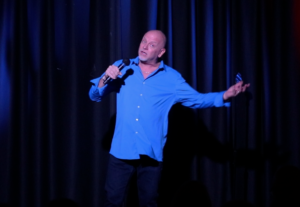 The Best Of Norway And The Scenic Train – Review

November 25, 2022 Dianne Davis Cruises & Tours 0
Spread the love
Spread the love The Best of Norway and Scenic Train. That was the title of our four night pre-cruise extension prior to boarding the Viking Jupiter for our 15 day Trade Routes of the Middle Ages Cruise which would leave from […]

April 2, 2021 Dianne Davis Events 0
Spread the love
Spread the love    Attention Las Vegas Raiders fans! The Raiders Tavern and Grill is now open at the M Resort in Henderson, Nevada. If you are a local or are in Las Vegas during […]