Ripped from headlines over the past 50 years, THE SURVEILLANCE TRILOGY presents three suspenseful stories about secrets, possible conspiracies, and conjectures about how the government may just be involved in a bunch of unexplained happenings.. Playwright Leda Siskind has taken some unsolved questions and offered a few possible answers to issues plaguing the American public for years. 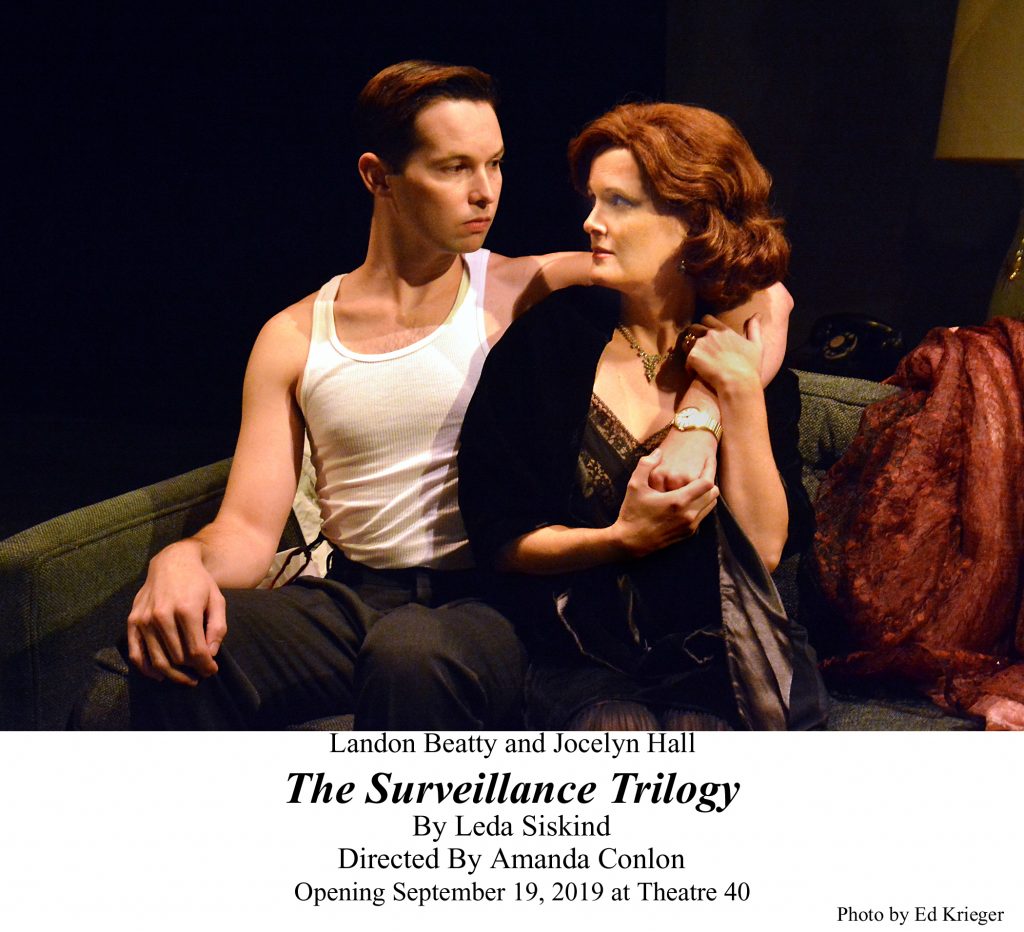 “Until All of This is Over” is set in 1953, the year Julius and Ethel Rosenberg were executed for being Russian spies. This was the era of “blacklists,” “grey lists,” and “lavender lists” – all geared to gain information for the U.S. government by spying on its citizens. The “Communist threat” of the day meant that anyone could be subject to close scrutiny – and that included Hollywood writers and actors, government employees, and gay and lesbian federal workers. The audience is in the living room of a couple (Landon Beatty and Jocelyn Hall) who live in terror that their biggest secret will be revealed and put their life and safety at serious risk. 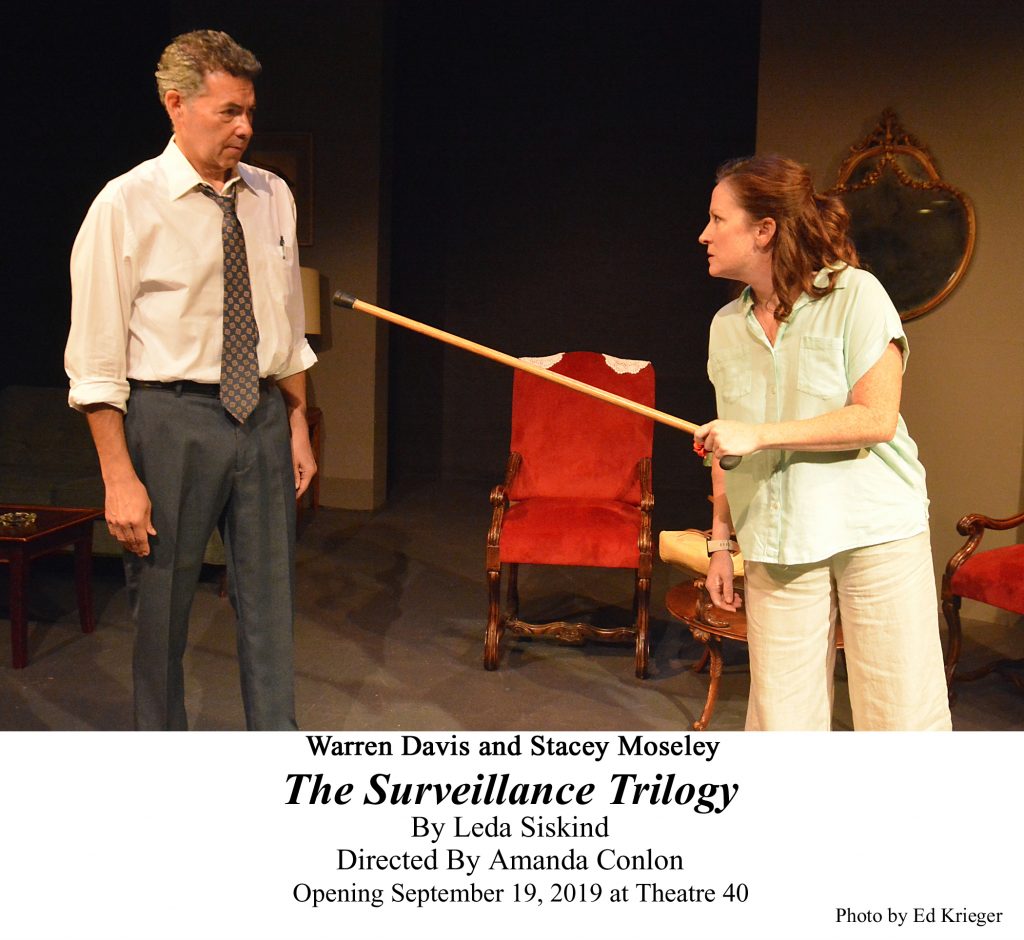 “The Havana Syndrome” is pulled from 2018 headlines, when 20+ State Department employees stationed in Havana began to develop serious internal injuries for no clear reason. But, it has been conjectured, perhaps the injuries were related to the high-pitched sound of crickets. When a CIA agent (Warren Davis) finds himself interviewing one of the Havana victims (Stacey Moseley), he may get more than he bargained for. 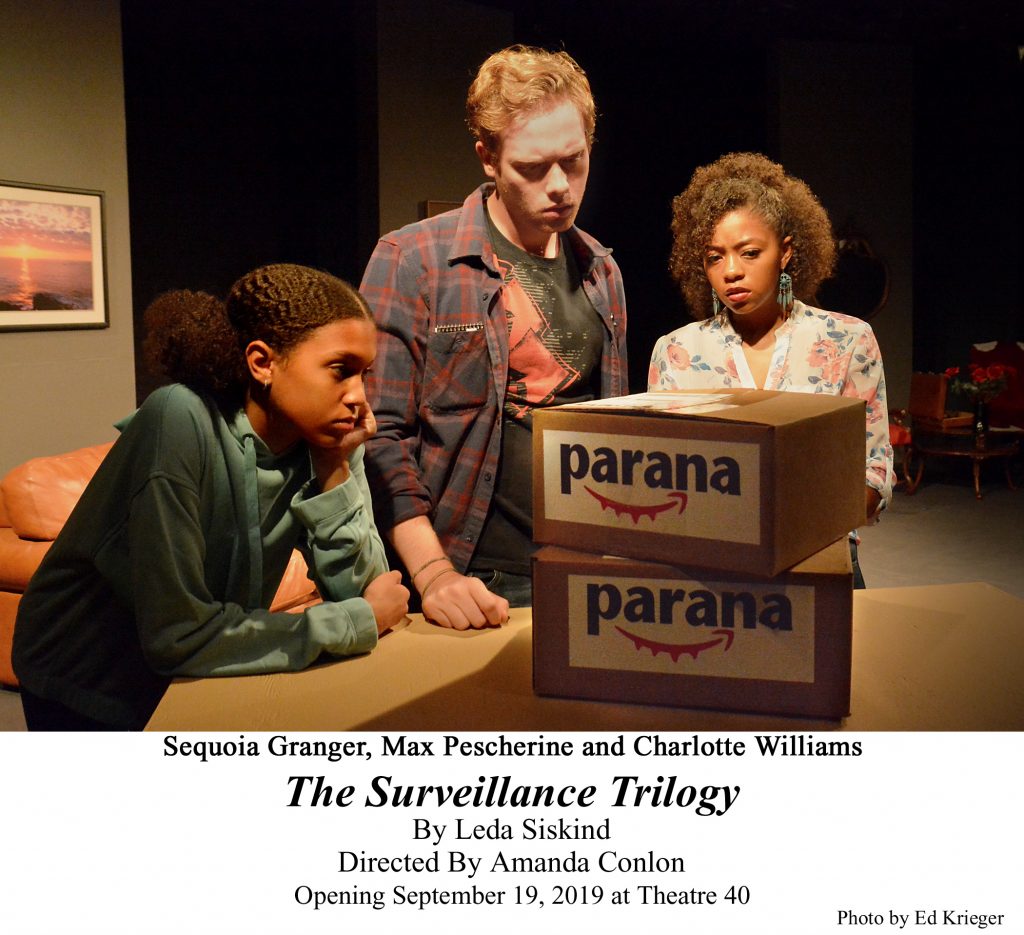 “Are You Listening?” points a finger at some recent controversies about artificial intelligence and how those cute little devices everyone has in his home might just be the greatest spy of all time. Jezz (Charlotte Evelyn Williams) and her teen daughter Shira (Sequoia Granger) are hooked on their “Angel,” which seems almost human and answers their every inquiry and need. Then ex-husband Simon (Max Pescherine) warns them about their “best friend,” who could just be listening to everyone in the household and transmitting that data to eager government listeners. Can all those cunning pieces of electronics actually be the spyware of the future? And is the future already here? 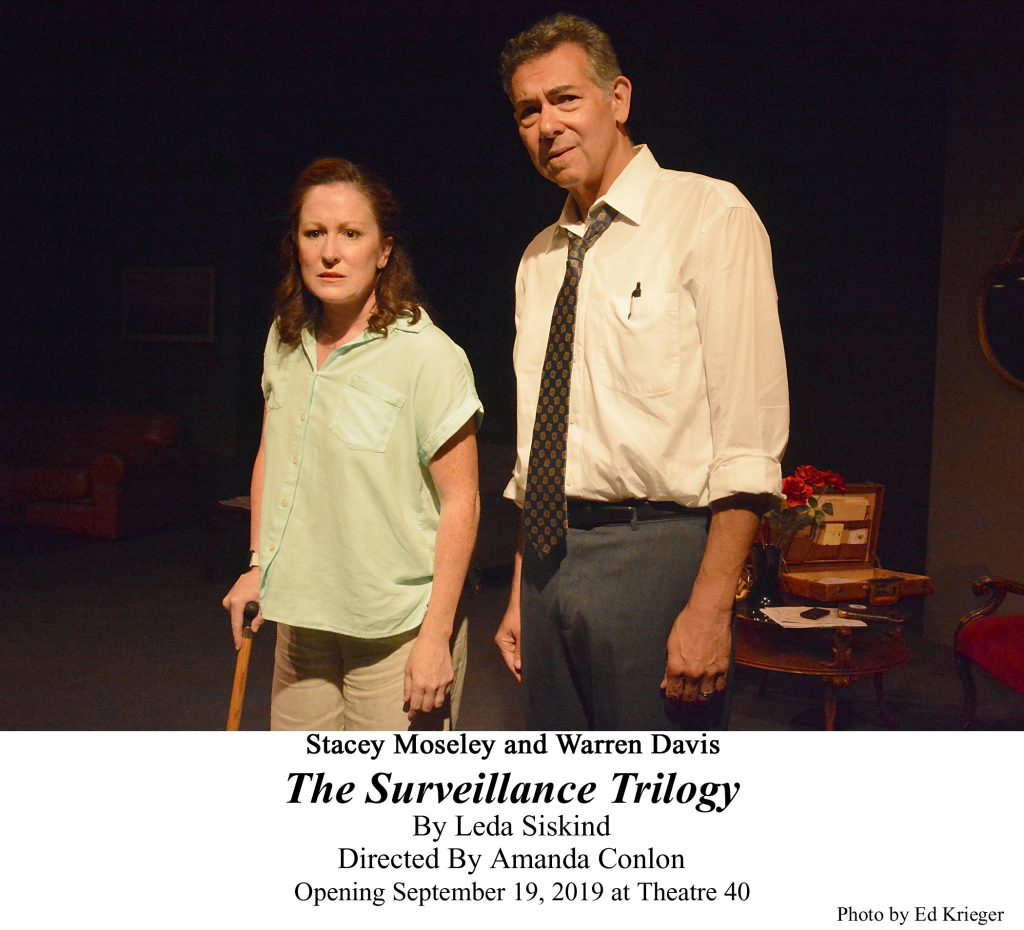 THE SURVEILLANCE TRILOGY is a thought-provoking investigation of some of the big questions of our time. Directed by Amanda Conlon, the play probably asks more questions than it answers. This is an entertaining peek at the unanswered queries which might point to people listening in on our personal and very secret lives. A favorite topic for conspiracy theorists, THE SURVEILLANCE TRILOGY is sure to pique the interest of every audience member. At some point, is that electronic hardware, designed to make life easier and more fun, going to prove dangerous? Should we be paying more attention to Aldous Huxley’s warnings about Big Brother?

September 29, 2018 Elaine Mura Entertainment 0
Ripped from shocking 2012 headlines, 26 PEBBLES tells the story of America’s bloodiest massacre of young school children through the eyes, words, and memories of people who were there at the time. Playwright Eric Ulloa […]

March 22, 2018 Elaine Mura Entertainment 0
Winner of both the Nobel Prize for literature in 1925 and the Academy Award in 1938 for the best written screenplay, George Bernard Shaw delighted his audience with fiction, novels, plays, and even political and […]

July 25, 2018 Elaine Mura Entertainment 0
In the 1930’s and early 1940’s, screwball comedy movies were all the rage. Films like “It Happened One Night,” “Twentieth Century,” “My Man Godfrey,” and “His Girl Friday” titillated the crowds and kept the theaters […]